Ceiling Fan Classification According To The Number Of Blades

There are lots of features affecting choosing the best fan for your different kinds of rooms, so we want to show you our ceiling fan classification. We are going to classify the fans according to the number of blades used in them. In some countries we can see the 3 blades and 4 blades fans being most popular,   but in US, we can see the 4 to 6 blades fans mostly.

How many Blades are available in Ceiling Fans?

In the market, you can find ceiling Fans with 2 Blades to 6 blades. But usually, 3 Blades and 4 Blade fans are dominating this market.

What difference is Made by the Number of Blades?

It’s a negligible difference but if you want the best then it matters a lot. You can directly choose the best stylish, affordable, and better brand fans without knowing about the number of blades.

In basic aspects, as the number of Blades of ceiling fans goes on decreasing then the noise gets increased. As additional blades create a more drag effect and become quieter as compared to fewer blades. But one important thing regarding the Indian environment, More blades in your fan will circulate less air in that room.

The increased number of blades also affects the RPM of the fans as it increases the load on the ceiling fans’ motor.

Ceiling Fan Classification According To The Number Of Blades

Below you can find a simple classification of the ceiling fans according to their number of blades.

Ceiling fans with two blades are less used in household purposes but as they have high RPM and can circulate air in a large size so it is used in Industries. 2 blade fan makes huge noise but they can be sucked into the Industrial Environment so it can be used in an efficient way there. 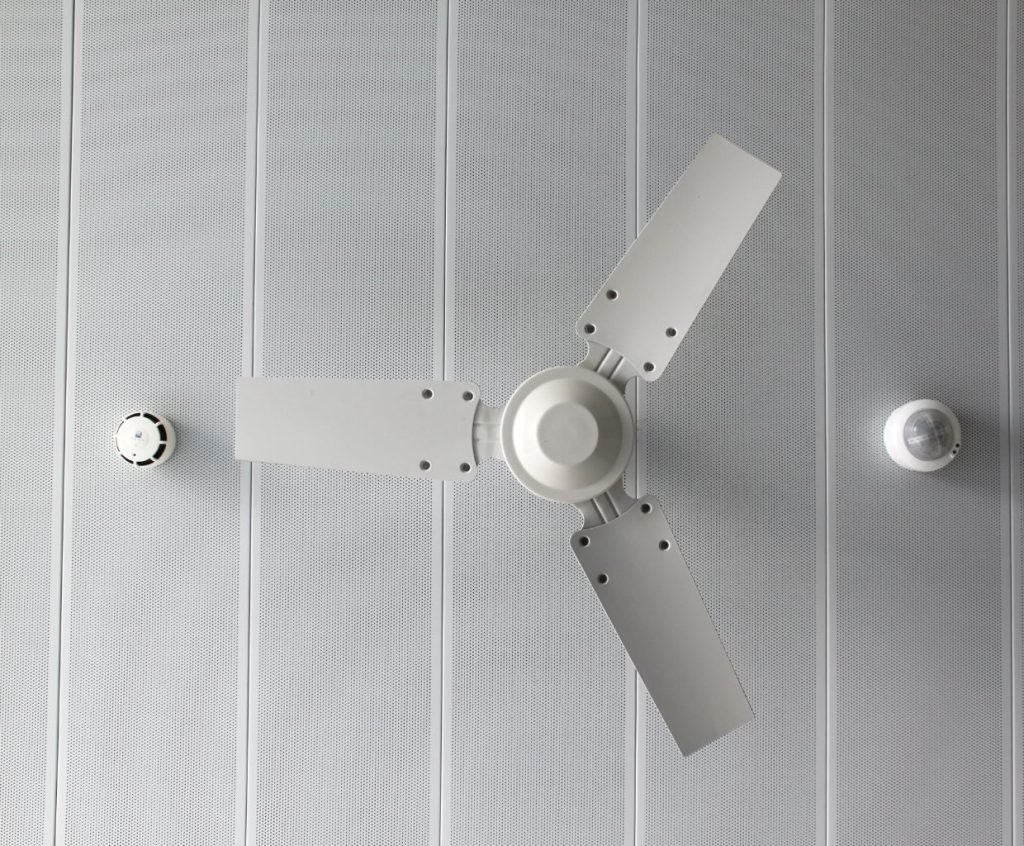 The huge difference between other fans and 3 blades fans is, it runs on High RPM as compared to more blades. Their blade balance is really good and they are pocket-friendly. It comes in budget and can have attractive designs on it also.

Coming to the point of energy efficiency, 3 Blades Fans are the most energy-efficient. That means you don’t have to choose an energy-saving fan while purchasing 3 Blades fans. These fans have lighter weight as they have just 3 Blades that’s why they can run at high speed.

In India, these fans are mostly used for household purposes in rooms without Air Conditioners. In foreign nations like the US or Canada, they use these fans for just Industrial purposes as it creates more noise.

The noise factor of the fans also depends on the brands as there are some brands that can create lesser noise with fewer number blades also. It totally depends on brand technologies in making dynamic blades balanced.

Compared to a 3-blade fan, a 4-blade fan can move air slowly. This fan has a high load on the motor which’s why it has low RPM. These fan blades create more drag and work noiseless as compared to 3 Blades Fans. In terms of pricing aspects, 4 Blades fans are more expensive than 3 Blades fans as it comes with more stylish looks.

As I have previously said, the US and other foreign Countries use this fan mostly because they have a cold environment and they just want to flow or circulate the air inside rooms only. 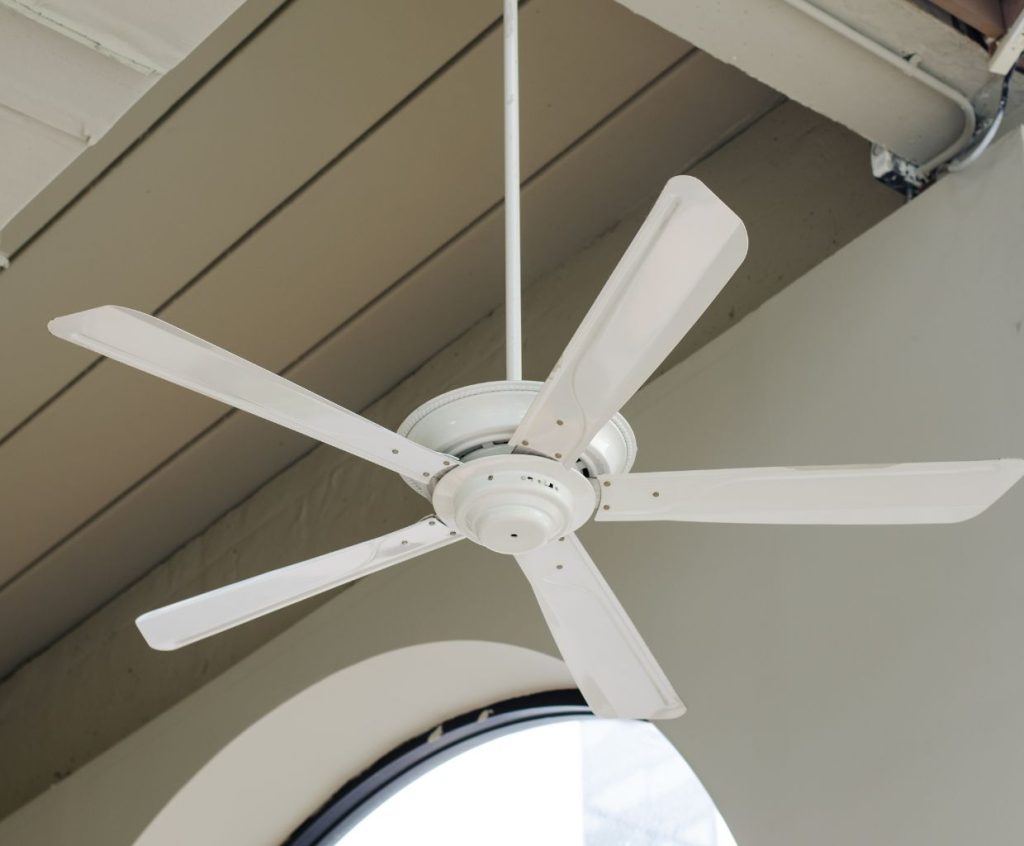 There is not much more difference in the 4 blades vs 5 blades fans. It just comes in aspects of RPM, noise, and style. 5 blades fans come with more stylish looks that suit your drawing rooms, but it costs more than previous ones.

These 5 Blades fans come with less RPM compared to previous fans but having 5 Blades and good balancing, it works with less noise or noiselessness!

6 Blades Ceiling Fans are mostly similar to the 5 Bladed Ceiling fans. These are uncommon in Indian Market but you can get these once in foreign markets.

What difference between 3 vs 4 vs 5 Blades Fans?

The device that satisfies all your requirements is always best for you! So don’t go with someone’s opinion, just choose the best for your needs.

All points are discussed in the above segment but are still mentioned according to requirements again. 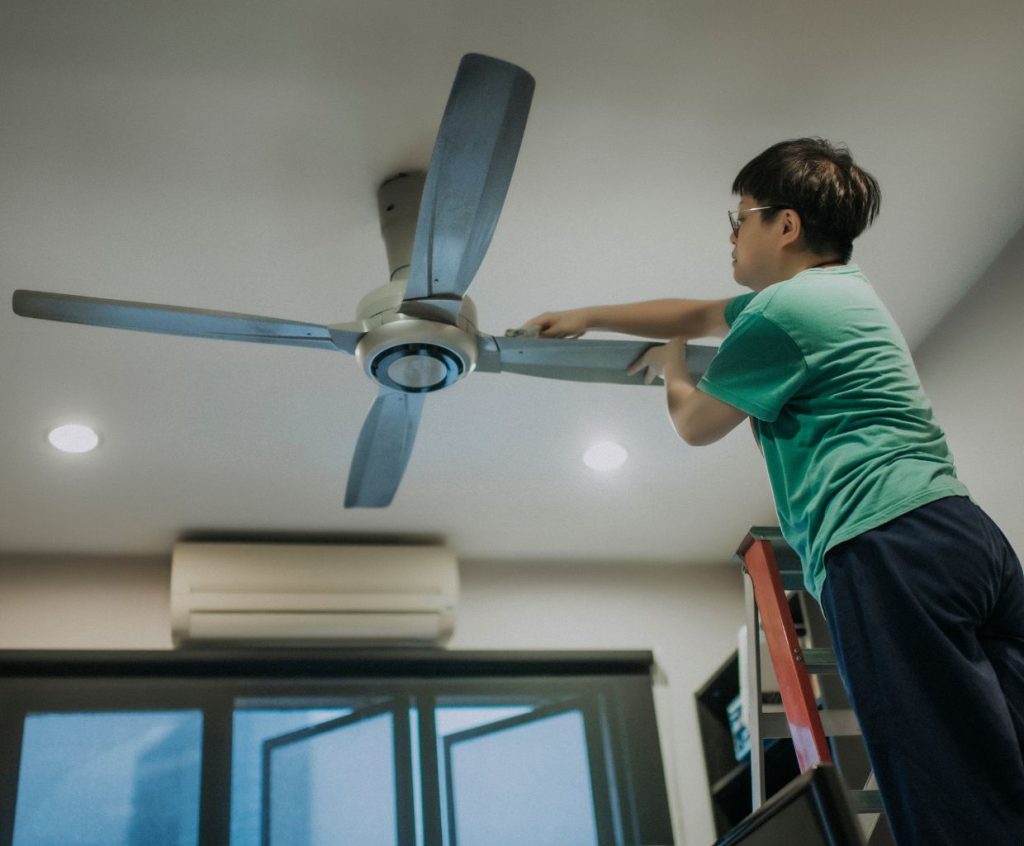 Can you put a downrod on the flush-mount ceiling fan? If you’re looking for a way to update your home’s lighting but don’t want to…